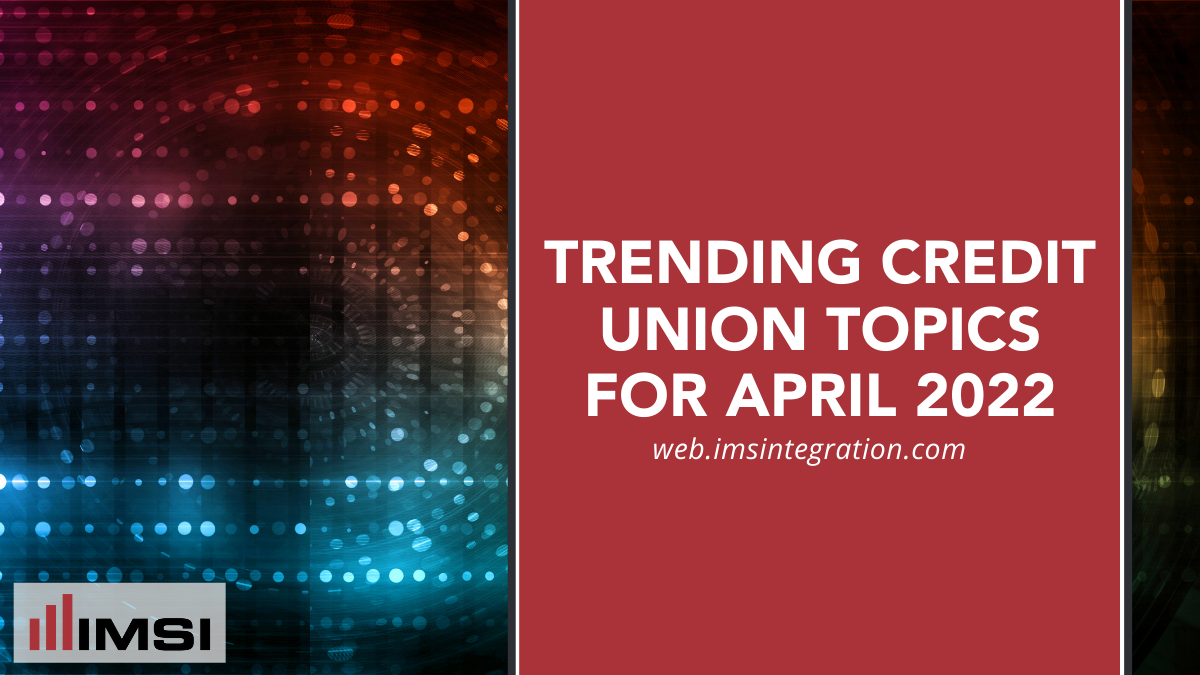 Recently, the Credit Union National Association held its annual governmental affairs conference. They covered a wide range of topics from regulatory changes to future initiatives and more. After the conference, American Banker compiled a list of 6 topics from that conference that credit unions are talking about. Those topics include:

Let’s discuss some of these trending credit union topics and what they mean for the future of your credit union.

Many industries are wondering how far the effects of the war between Ukraine and Russia will spread. We have already seen a hike in gas prices, and the supply shortages caused by the pandemic will also compound any issues furthered by the ongoing conflict.

Many countries are cutting ties with Russia, making it difficult for them to retrieve any assets or benefits of commerce from these areas. And since Russia has already been accused of interfering in American politics, many businesses are concerned that we are about to get hit with an increasing number of cyberattacks originating from the Russians.

As far as credit union-specific dealings, the Ukrainian National Credit Union Association has partnered with its members to help send aid to those affected by the war. According to their website, “the Ukrainian American credit union movement in the United States exceeds 100,000 family memberships…our asset base has surpassed $4 billion.”

Of the trending credit union topics we are talking about in this article, this one is likely the most volatile, as the war could potentially have global repercussions regarding economic stability, and the rise of military involvement from various countries.

A recent article from the Credit Union Times talks about the issues the Ukrainians face as their towns are invaded and destroyed. There is looting and the sparse reports from the region include insights into a near-total collapse of all cashless payment options in the country. Relief efforts in the country are being debated currently to help even the playing field and allow for credit union depositors to be treated the same way bank depositors are treated.

In early March, the World Council of Credit Unions (WOCCU) and the World Foundation for Credit Unions have launched campaigns to aid Ukraine, including the creation of the Ukrainian Credit Union Displacement Fund, and many other credit union organizations have created funds that collect and disburse donations from all over the world to aid in relief efforts.

Credit unions across the world are being encouraged to help by providing monetary donations and using their platforms to help show Americans where and how they can donate through their CU memberships.

The economy is another trending credit union topic right now, and that has been the case since the pandemic began. With the huge global events that have taken place in the last few years, it’s hard not to be wary of market shifts and other economic indicators.

Many credit unions have been focused on creating opportunities to aid in the recovery from the pandemic, especially for those who live in underserved areas.

And one tactic that many credit unions have embraced is the reduction or elimination of overdraft and other complicated fee systems. These fees can actually harm credit union efforts geared toward increasing financial inclusion.

We’ve previously shared our insights that explain why the era of overdraft fees is ending. However, the discussions around these topics and the push for more financially inclusive initiatives mean that reducing or eliminating your overdraft fees is the most likely path forward. And that means your credit union will have to analyze their specific branch data to adjust their programs to account for this loss of an income stream.

Though there are many difficult things to navigate this year, there are some trending credit union topics that center around how we can make it easier for new credit unions to open their doors.

For example, Village Financial Credit Union is a Black-led credit union that was set to open in 2019, but after several setbacks – including a global pandemic – the leaders of this enterprise are hopeful they will be able to open their doors in North Minneapolis by early 2023.

As we continue to strive for financial inclusion, it will become more important to create and look for opportunities to increase the presence of reputable credit unions in areas that are historically underserved.

Use Optimized Tools to Navigate Trends in the Credit Union Sector

Navigating trending credit union topics have long-lasting implications for your CU. And that’s why you need cutting-edge solutions that have been tailored to credit union needs.